← more from
Throttle Records
Get fresh music recommendations delivered to your inbox every Friday. 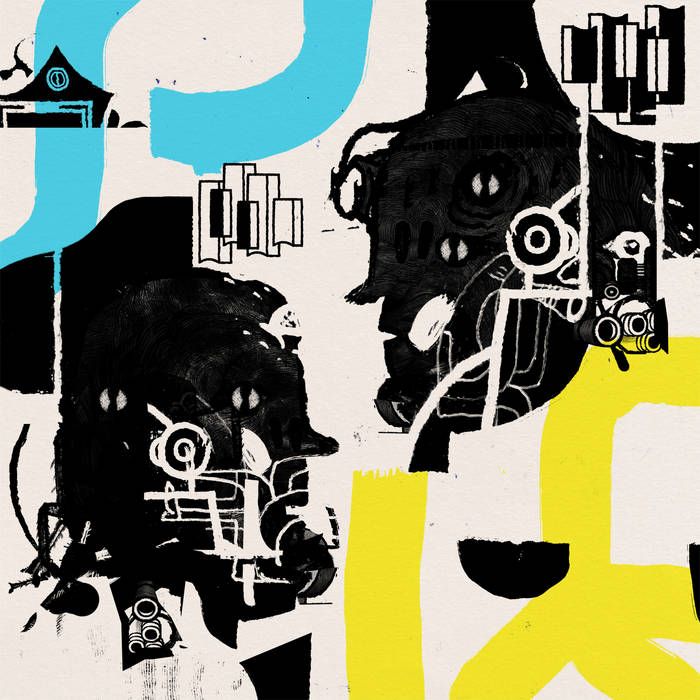 ‘E.C.S.T. T.R.A.X.’ - it’s as if an accidental fold in time has caused a brilliant mistake, colliding music from centuries past and sounds from the future.

‘Harpsichord E.C.S.T.’ is a frenetic, rapid-fire outburst that’s driven by said instrument. “It could sound prancingly medieval, but I kind of took a blow torch to it, and made it something totally different”, says Clark. Impossible to categorise, one can only grasp at preposterous tags like Ye Olde Ravecore, which don’t even come close to describing the unique brilliance on display. The track also features Clark’s gentle vocals, which are reminiscent of Meredith Monk’s ‘Vessel Suite’ and Arthur Russell.

“Harpsichords are the original rave hoovers. They have zero dynamic and are primary, abrasive. Perfect for mental syncopated chords”, he adds.

Like a bastardised incarnation of piano hardcore from distant aeons ahead, ‘Piano E.C.S.T.’ is built around a single broken chord, weaved into a stroboscopic digital tapestry of flute flutters, tuned sirens, whirrs and jitters. Melody from further tinkled ivories are then laced atop, before building even higher into something simultaneously harrowing, exhilarating and life-affirming.

Although inspired as much by classical/orchestral and avant garde greats as dance music, the title’s multiple meanings nod to Clark’s foundation in and continued love for rave culture, but also to far older forms of revelry, and a church like atmosphere of religious rapture, which is clearly audible in these ecclesiastic style pieces.

“I’ve developed an intuitive working method and this was a happy accident”, comments Clark. “This might be a one-off and I don’t even know what this is, but I like the manic-ness of it. It’s unhinged like devotional music can be. I’ve been listening to a lot of Popul Vuh, and although that’s much more ambient and subtle, it’s been an influence. They capture peak ecstatic moments.”

Although appearing to be pursuing a new palate and exploring the possibilities of manipulating more traditional instruments on ‘E.C.S.T. T.R.A.X.’, the harpsichord has made earlier appearances within Clark’s oeuvre, namely 2012’s ‘The Pining’ parts 1 and 2, taken from ‘Iradelphic’, and the free download ‘Empty The Bone Thugs Of You’ from 2016. This highlights one of many cohesive lineages within his catalogue, with another being the musicality that has run throughout his work, notably including 2001’s ‘Clarence Park’ and 2006’s ‘Body Riddle’.

Across a career spanning nearly 20 years and 10 albums with the Warp label, Clark has constantly shifted and evolved his sound. Shining throughout is a love of melody, surprise, detail, texture and exploration. Equally likely to melt your heart and face, often both at the same time. ... more

Bandcamp Daily  your guide to the world of Bandcamp

Damu The Fudgemunk shares his recent collab with Def Pressé, plus jams from Common and more